Common Skate is a very large ray with a long pointed nose or snout. The male of the species is smaller than the female and can be over 2 meters, with the female growing much larger. Diamond shaped body with a long tail, the back is usually brown and has lighter coloured spots. There are twelve to twenty spines or thorns running along the tail, and mature skate may have small thorns on the body. The underside is pale to white, sometimes with a bluish tinge. The common skate is the largest species of skate in the world. Skate are closely related to sharks, and have a skeleton made out of cartilage. A mature skate can be very large with a wingspan of up to 9ft and weigh 300lbs. Skate of this size are thought to be up to seventy years old. Skate are found in water up to two hundred meters deep, but can be found in shallower water during warmer weather. They have powerful jaws and feed on crustaceans molluscs and fish, especially flatfish. Skate can also hunt mackerel, herring, pollock and dogfish. Fishing Adventures is part of the Marine Sportfish Tagging programme so all our shark’s are documented, tagged, and released. unharmed.

For Skate you will need a 50-80lb class rod with a Penn 4/0-6/0 reel with 80-100lb line, and also 200lb shock leader as a rubbing line with a pennel rig. A large hook anywhere from 8/0 to 12/0 can be used. A whole mackerel or a flapper (mackerel with the backbone removed) or a few small mackerel can be used as bait. This is a guideline as our shark and skate fishers have personal preferences 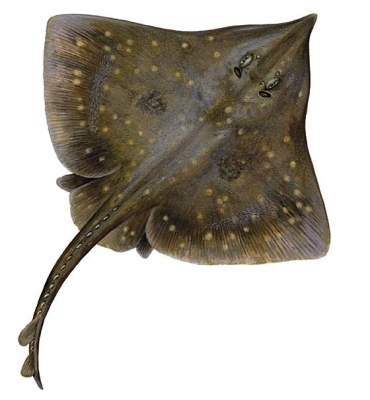