Mackerel is a species found in the northern Atlantic Ocean during the summer months where it is common and occurs in large shoals. It spends the warmer months close to shore and near the ocean surface, appearing along the coast in spring and departing with the arrival of colder weather in the fall and winter months. During the fall and winter, it migrates out into deeper and more southern water, seeking warmer temperatures. The Atlantic mackerel’s body is blue marked with wavy black lines dorsally and silvery-white ventrally, its snout is long and pointed. The fish’s body tapers down its length, ending with a large tail fin. Typical size for a mature fish is 30cm (0.98ft), but Mackerel have been caught as large as 60cm (2.0ft). The maximum published weight is 3.4kg (7.5lb). Reproduction occurs near the shore in the spring and summer, during which a female can produce as many as 450,000 eggs. Juveniles reach sexual maturity at around 2 years of age and can live to be 17.

How to Catch Mackerel

Mackerel are usually in large shoals and can be caught quite easily using rigs of feathers or sabiki rigs which consist of very small hook’s. Mackerel will even take a shiny hook on its own without any feathers or bait. Fishing Adventures has found that fresh mackerel is possibly the best bait to use for most larger species. 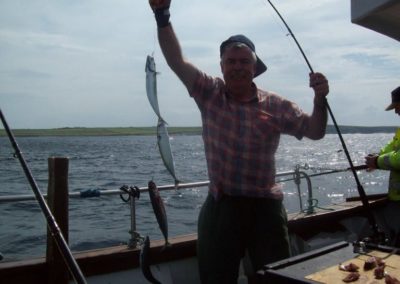 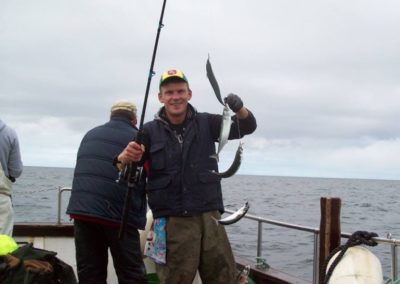 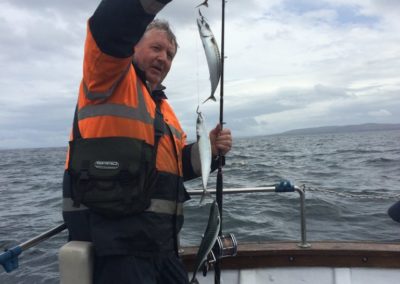 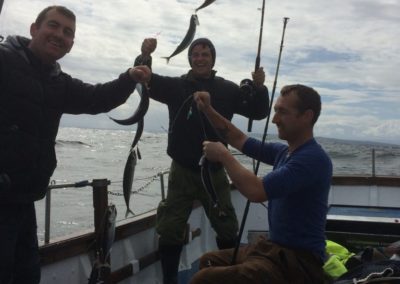 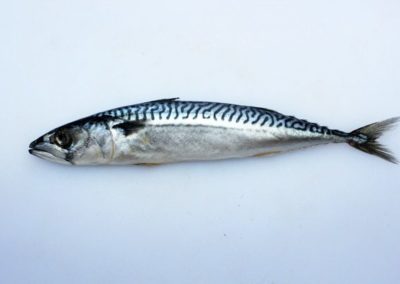